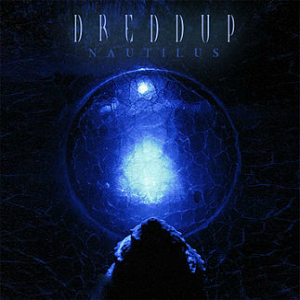 6.0
"Alright"
N/A
Electroracle
Released 2012 by Glory & Honour
Industrial Metal, Industrial Rock
Time to go back to reviewing Industrial Metal again this time round it's Serbian act dreDDup with their fifth release 'Nautilus', which is to be released on the label Glory and Honour.

Awake - starting off the album is the track 'Awake' with its pulsing synth strings, then adding the vocals, which are strongly delivered and very clear. They are giving a narrative alongside numerous synth layers before leading off into the first real song - "Echoes and Doors".

Echoes and Doors - Now the album properly begins with the track "Echoes and Doors". Beginning with it's eerie horror like keyboard parts and droning guitar chords with drums coming in with metallic percussion hits until about the two and half minute mark before upping the tempo with amen break loops and voice samples. Then the tempo drops alongside heavily layered keyboard parts and percussion leading out to the end.

Train to Madness - "Train to Madness" hits you right from the beginning with white noise blasts and glitchy percussion leading through into the verse and using voice samples to split up between verse deliveries helping the dynamics with in the song. The song itself has little or no guitar in it, relying on heavy use of electronics in the breakdown/bridge part of the song there is a use of female vocals, which also helps the dynamics of the track and is an interesting touch to the song musically.

Angel for the Masses - "Angel of the Masses" begins with the glitched bass lines and stabs of palm muted guitars and heavy growls of "Angel for the Masses". The use of mid tempo breakbeats until the verse comes in, where the lyrics are almost blasted out with out a single breath and works extremely well. With the breakbeat aspects of the songs within the verse and use of male and female vocal interchanges almost reminded me of Atari Teenage Riot at times.

Fire up the Planet - A more EBM based track with heavy bass stomping four on the floor beats and multiple melodies layered throughout. Getting to the minute and half mark is where the verse begins more harsh vocals come into the mix with short bars of lyrics split with more additional instrumental bridges, driving and keeping the track interesting and listenable through to the end.

Monsters Inside Me - Back to a more guitar driven approach with "Monsters Inside Me" with more droning guitar chords and stabbing palm muted guitars throughout the verses and even uses of dubstep bass elements such as the well known "wubs" and "wobbles". This really help set it out from the other tracks so far and an interesting and rare addition to your typical industrial metal song.

Non-Agotiable - Going more mid tempo with "Non-Agotiable" with its steady four on the floor beat and its repeating guitar riffs accompanied by a typical EBM baseline. The song is more vocal than more previous songs, relying on longer verses and even spoken word parts for pre choruses and has shaken up things considering how late verses have come into the songs previously.

Hospital for the Broken - "Hospital for the Broken" begins with more eerie horror like keyboard and synth parts and heavy use of sampling such as sirens and vocal sample glitches gives it the almost old school industrial metal treatment. With the use of heavy repeating guitars and manipulated samples almost reminding me of old Ministry at times.

Recharging You - "Recharging You" opens with a film sample then welcoming back the use of breakbeats used on earlier songs on the album. Electronics are heavily featured and dropping out to allow guitars into the verses to drive the song and reinforce the aggression of the vocals making the verses a real heavy affair. Thereafter making the electronic and keyboard parts more dominant within the choruses and breakdowns helping keep variation throughout.

Face Off - "Face Off" is one of the slower songs on the album and is almost purely electronic with little or no guitar in the song at all. Instead it's replaced with heavy distorted synth bass, but balancing with equal use of melody which surprisingly works well with the aggression of the vocals leading through to the breakdown and end.

Nautilus - Finally appearing is the albums title track "Nautilus". Beginning is opening with its menacing keyboard bass parts and equally menacing melodies that accompany them until making way for the vocals drums and guitars. They drive of the song to the verses to the chorus which vocally stays fresh with the male and female vocals pairing up like previous songs until going through to the rest of the song which remains instrumental till the end.

Cold Eyes - A more percussive based song relying on heavy percussion layers and metallic hits throughout with keyboards and synths taking the back throughout, but coming through once in a while with choir arrangements for short passages of the song. Throughout it's entirety of six minutes very little changes, until up about the four minute mark where film samples play throughout the rest of the song. Some interesting ideas but the song is too long for what it is which left me losing interest after a while.

Two of Us - The last song on the album "Two of Us" is pretty much an instrumental piece in the first half with repeating percussion and synth sequences and relying on many layers and small use of melodic vocals. In the second half of the track, before going back to a more instrumental and sequenced form, is very similar to "Cold Eyes" that it suffers from a lack of variation and change in its more than six minutes entirety or a shorter piece to break the album up.

And there it is, 'Nautilus' by dreDDup. A very eclectic album with the song structures and textures of sounds and many interesting ideas; such as heavy use of breakbeats and even elements of noise and interesting and unexpected uses of female vocals, is giving it an almost experimental edge about it. However, these large varying ideas I feel can be a double edged sword for the album, as in places it feels very claustrophobic at times and there can be a little too much going on at once. Also, there tends to be a lack of guitar throughout making it stray away from your typical industrial metal act leaving a listener with some questions. I also felt at times the lyrical themes to be a little too overused and tired with constant themes of domination and sexual abuse which are extremely overused concepts. But I could say is redeemed by the bands use of not being afraid to experiment.

I'm going to give 'Nautilus' a 6 out of 10, as I feel there are some great ideas but a little too much going on at times and some elements to be a little overused and tired for the genre and style. But, I do commend the band on not having a fear to experiment and shake things up a little.
# industrial-metal
# industrial-rock
# industrial
Oct 02 2012
Nexus Kenosis - 'Elsewhen'
Previous article
Metroland - 'Mixing the Gap'
Next article

Glory and Honour webstore
Entrzelle - Total Progressive Collapse is available at POPONAUT from 24,95€

Tactical Module - 'World Through My Sight'