Worms of the Earth - Sitra Achra 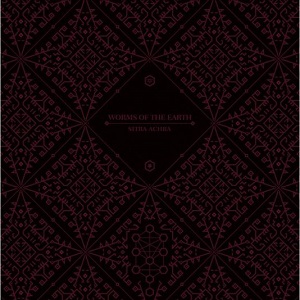 9.5
"Amazing"
N/A
Electroracle
Released 2015 by Industry8
Dark Ambient, Martial Industrial
Album of the Month April 2015 Album of the Year #2 2015
Darkness. Evil. Corruption. Those are three things that many choose to walk straight away from, relocating their efforts to more positive essences in life. It's a path of ignorance in my eyes; blatantly ignoring what's lurking not only within the world, but within yourself, is cowardice. And cowardice can only lead to a more self destructive path than not. These people do not know how to cope with confrontation, with conundrums or arguments, but rather live in a fortified shell that is so stiff that it cracks at the most feeble malevolence. Then again, there are those who choose to revel in such impurities to obtain balance in their life, to learn how to use spiritual energies for themselves, and become a master of what some would consider wicked ways. I don't think I understand what I'm about to talk about in full, but I think that's the intention Dan Barrett had when creating his latest work under the name.

After having being caught in a rut, with no creativity to continue on in writing, Barrett chose to dive into Sitra Achra, which are a group of opposite forces to Holy ones. That's putting it plainly; to truly understand what is going on here, further reading is both a must and also encouraged. Either way, if you believe in these forces or not (or any sort of spiritual gateways, for that matter), there is no denying that what has come out of Sitra Achra is both astounding and magical.

This is the successor to Azal\'ucel, which I have previously praised with the utmost respect. That album is still held near and dear to my heart, and I consider it my favorite album of all time. Not only has it served me well through my own writings, but it is also well off being used as an album for personal relaxation, meditation, and a guiding force. However, when I wrote of Azal'ucel, I do believe I committed a sin in the fact that I really didn't know what it was fully about. Sure, I found the music to be completely perfect, but to the depth of my knowledge that I had then, I honestly cannot say my words respected both the music and the ritual that was performed through my very ears. I am hoping that that mistake shall not be repeated this time around.

Reading up on various subject matters on various religions, and Barrett's semi-documentary on what was achieved throughout the process of writing this album, I believe I have a better understanding, a more thorough connection with the work as a whole, than I did with Azal'ucel. Each track on the album deals with one of the forces within the Sitra Achra, otherwise known as the Qliphoth. These forces are: Nehemoth, Gamaliel, Samael, A'arab Zaraq, Thagiriron, Golachab, Gha'agsheklah, Satariel, Ghahiel, and Thaumiel. Now, each of the songs deal with one or more of these forces, but, either way, it's time to start talking of the music.

Malkuth - The World Dissolves and Reveals Sitra Achra starts us off on this journey; it is the opening song and pretty much exposes the listener to the darker forces. The author has stated that he sees this as a perfect bridge between both Azal'ucel's medieval sounds and the tribal sounds of Anagami, and I couldn't agree more. The ambient build up and far off, rumbling drums that carve the intro of the track showcase sides from Azal'ucel, while the later light ticking and foreign whispers echo Anagami. But, do not fret; this is the beginning of something fantastic, not a repeat of what's been done before.

Gamaliel - Corrupted Santuary of Fire comes up next, dealing with a vision of Hell, as well as destructive sexual desires, blocked chakras, etc. I do believe these themes were pulled off excellently mainly due to the growling voice placed throughout the song; some caught in a completely dull, blank, and black space all alone would find the voice haunting enough to stretch their hand for the aid of their God, only to find that no such help exists. Well crafted, and brilliantly done.

Gnarled Roots Suspend the Ruined Temple serves more as an artistic image than anything; the sound and shuffles are meant to showcase twisted roots hanging a temple below the tree of life. From the wind brushing through the environment, the panicked breathing of what would be either creatures, demons, or just forces in general, and the chilling sweep of chimes ringing through the air shows this image all too well.

Path of Samekh is simply a song dedicated to a path between two of the forces, Gamaliel and Thagirion. This is a slower piece, which allows for some time to think as you're not being flustered with so many sounds at once Consider it a brief time to gain back your peace of mind, for that may not last for too long.

Thagirion - Mired In A River of Drowned Bodies (the force itself represents corrupted beauty) gains its influence from exactly what the title says; a once lovely river now clotted and thickened by blood and decaying carcasses. A much darker piece, but the heavier ambiance and the sort of rigged choral samples go hand in hand with the thought presented.

Path of Zamradiel follows in the footsteps of Path of Samekh, focusing on more limited sound with slight electronic elements slipping through, but it does not fail to either entertain or continue to amaze and allure.

Satariel - Field of Apocryphal Monuments (the force represents endless, lifeless structure) was taken more literal by the author. The sounds of a huge landscape absolutely adorned with thousands upon thousands of people living on top of one another was the focus in this song. The dense atmosphere and compressed chants from what sounds like millions of decaying units reflected what the artist wanted to achieve, and I loved it.

Excising the Last Vestiges of Ahamkara (Ahamkara, put simply, is the mind of the physical body, only seeing the body, which holds back people from seeing their true spiritual selves). A sort of organic sound perpetuated by choral humming that's angelic completely floored me. Less ambiance, and more drone work services as the base of this song, and it was gorgeous. And, to end it all comes CLOSING, which is highly recommended to be played after listening to any parts of this album by the author, as it terminates the connection to the Sitra Achra.

Now, while this album will most definitely hold a more personal meaning to the composer, that's not to say that anyone who listens to this album won't be able to find their own salvation in it. Every work has it's own beauty, even if it's focus is on a force that defaces elegance. Whatever the case, Sitra Achra marks another conquered stone in Worms of the Earth's shadow. It's design is gorgeous, production value is clean and grand, and there simply isn't a thing holding it back from being another outstanding album from this artist.

Pre-orders are up now, so I don't know why you're still reading this and not grabbing yourself a copy.
# worms-of-the-earth
# industry8
# dark-ambient
# tribal
# sitra-achra
Apr 08 2015
Cynical Existence Frontman Announces New Side Project
Previous article
Bitter's Kiss - 'Bitter's Kiss'
Next article

IsoTank
Leaether Strip - Such A Shame is available at POPONAUT from 19,95€

Worms of the Earth - 'The Nightside of Creation'

Worms of the Earth

Worms of the Earth - 'Azal'ucel'