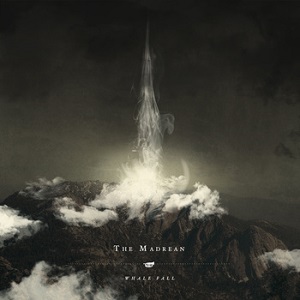 Spotify
Released off label 2015
Instrumental, Ambient
Album of the Year #25 2015
Well, Whale Fall's name is a little gross. Apparently "whale fall" is the term used to describe a whale carcass which has fallen to the ocean floor and provides breeding grounds and sustenance for a whole new ecosystem, spawning and feeding new organisms for generations (fish generations, not human generations). Gross yes, but I imagine the band are trying to make a point about the death of one thing giving birth to lots of other things, cycle of life, et cetera. It's a tad hipstery, but we'll forgive them because they have genuine talent and have put together a great sophomore album in "The Madrean".

Whale Fall are a 5-piece all-instrumental band from Los Angeles whose sound incorporates a number different styles and influences. They formed in 2008, but their first release wasn't until 2011. It was an epic self-titled double album which incorporated jazzy drums and keys from Aaron Farinelli and J-Matt Greenberg, shoegazer/wall of sound guitars from Dave Pomernz and Ali Vazen, and a heavy and supportive bassline from Erik Tokle. The effect of all these elements on the first album was something part dream pop, part jazz and all analog, believe it or not.

Whale Fall have been compared to Mogwai, but since there's no electronic component whatsoever save for the electric keys Greenberg employs, I don't think that comparison is apt. Not every dreamy instrumental group sounds like Mogwai by default, ok? Whale Fall's sound is generally much warmer and more emotive than your average Mogwai song, in part because of this analog approach to atmospheric music. If anything I'd lean more toward Ratatat for comparison, but that doesn't really work either because the guitars merge with so many other sounds and there is a much jazzier base.

The members of Whale Fall say they are heavily influenced by the American Southwest and the folk traditions that can be found in its music. On their first album we only see wisps of this influence in the accoutrement parts of some songs like 'Kodiak,' or in the sort of windswept quality the guitars take on. On "The Madrean", however, that old west and Spanish Colonial feel is front-and-center, starting with the album title.

The Madrean region is an area of the North American southwest which is named after the Sierra Madre Occidental. It slices through the back end of Southern California and into Arizona, bordering the southern Rockies. The term "madrean" is usually used in reference to the particular type of climate and vegetation found in that landscape which is largely cacti and other succulents. Joshua Tree National Park is dead center in this area, and thus of course the mythical Joshua Tree is native to the region.

Anyone who's been to this hot, dry area of the U.S. knows there is a definite feel to it, and that feeling has a sound. It's quiet; sound is almost deadened by the sand and sandstone crags. Often the only sound is from the wind. It's interesting that something as bright and charged as Mariachi music was born out of this area. The trumpets which drive Mariachi music are so brazen and brassy and that sound must have been created to cut through the deadness of the arid landscape, to create something contrary.

This Spanish colonial-influenced Mingus-esque coronet as played by keyboardist Greenberg features heavily on The Madrean. It serves to connect each of the eight songs on the album, as the other music varies greatly. That isn't the only desert-influenced quality to be found on the album, however. Even more than on their first album, Whale Fall seek to imbue each track with some form of Southwest Americana flavor with The Madrean. That's a tall order, considering that they still have a solid base of dream poppy shoegazey jazz to uphold.

The first two tracks, 'The Dawn Thief' and 'I Shall Sail No More (No More Shall I Sail)' are a bit mystical and intense, but still contain a jazz drums and keys. The electric guitar on 'The Dawn Thief' is almost grunge-like, so it creates an interesting base for the very old west-sounding coronet. The result on both of these tracks sounds like Jerry Cantrell got a hold of an old John Wayne movie soundtrack.

'Tahquitz' leans so far towards dream pop on the backing track that you might even go so far as to say it's experimental post-rock as well. The wall of sound effect created by the guitars, bass and keys is almost at early 90s Phil Specter levels of heaviness. The old west vibe is still definitely there in both the electric guitar, which is a deconstructed Spanish riff, and the Latin-influenced coronet. A jazz saxophone also comes in on this track, changing the dynamic as the wall of sound becomes more esoteric and faster. If I were to guess, I'd think Whale Fall were trying to create the musical equivalent of a dust storm in New Mexico. The key also changes toward the end of the song from minor to major, and in that case I pictured the end of the dust storm, when the huge cloud parts and the orange sun comes out against the mountains. If you've never seen that phenomenon, you're in luck because Whale Fall have created it here with sound.

Each track on this album is meant to be connected to the previous. Each track is also an amazing sonic journey on the microcosm while the interconnected journey of the whole album works on the macrocosm. I could gush on and on about the album and give you a deep synopsis of each track, but the best way to understand The Madrean is to just listen. The depth of feeling and complexity of both concept and music on this album that the band have achieved without the aid of lyrics is just astounding. It speaks to the timeless nature of music, and to the timeless nature of the band's beloved Madrean region. Again, if you've never experienced the high desert in the American Southwest, Whale Fall have come as close as possible to replicating it with sound. The Madrean and Whale Fall's first album can be purchased in a number of forms on their Bandcamp site, and be sure to check out their live performance videos on Youtube.
# whale-fall
# the-madrean
# dream-pop
# wall-of-sound
# shoegaze
# jazz
# old-west
Mar 20 2015
Heather Powell - 'A Haze of Grays and Blue'
Previous article
Le Seul Element - 'Meradiam'
Next article

Bandcamp
Pet Shop Boys - Hotspot is available at POPONAUT from 18,95€

The Unravelling - 'Tear a Hole in the Collective Vision'