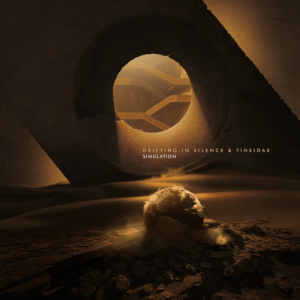 7.5
"Good"
Released 2022 by Labile Records Inc.
Dark Ambient, Drone
Editor's Note: Though the artist is labeled as Tineidae, this is indeed a collaboration album between Tineidae and Drifting in Silence. Our website's coding does not allow us to input more than one artist on a release. This is something we are hoping to fix in a future update.

This review was commissioned through Ko-fi. However, it bears no weight on the score or decision. All reviews are written from an unbiased standpoint.

Bandcamp
Subway To Sally - Hey! is available at POPONAUT from 22,95€

Paranoia Inducta - 'From the Depths'