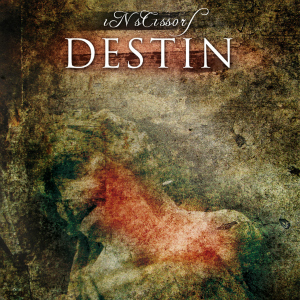 9.5
"Amazing"
N/A
Electroracle
Released 2012 by No Angels Productions
Ambient, Soundtrack
INsCissorS is a unique ambient project headed by Vincent Andelmoth, whose primary function serves to create these deep, soulful, and spiritual ballads presented to us in the form of long and darkly calming harmonies. Most of the work brought forth from the project can really be (as they put themselves) described as "cinematic ambient", as a lot of their work is used to full effect in films. And, as the title of this album states, this was a musical composition created for John Santerineross's short film titled Destin.

Before I even began listening to the entire album, I decided to watch the short film. It was a unique piece, and was an artistic film, so don't go watch it expecting a giant kung fu film or dramatic sob story. No, it's one that tempts you to analyze the film for yourself, as it should be. However, even as I watched the film, it was the music that stuck out to me more than the camera angles or close ups.

And that would be all because of Andelmoth and friends' efforts to create such an outstanding album. The original track titled Destin is gorgeous, mystifying, and breathtaking. It's an eighteen minute long blissful listening experience. The track starts off as genuine dark ambient, with a vocals coming from an angelic voice. This lasts for about the first six minutes. And then there's a transition from that, to a whole different melody.

For the next twelve minutes, we are delivered into this glorious cello and generally saddening tune. However, the piano work webbed into the symphony really makes it hold a little bit a positive morale, maybe even a bit arcane. The vocals still stay in through this section, and for me they work all the more better.

After the initial beautiful song, we are reigned into the different versions of the song (six altogether, including the original version). Here is where I became a bit skeptical, because, as it is normally with an album with a shit ton of remixes, I usually find it to be quite a turn off. But, I cannot say the same about this album.

Each different version of the song renders a slight normalcy to the original, but deconstructs every other bit of it to create an entirely new listening experience. The Hoarfrost (a dark ambient project) version seems to focus mainly on the first half of the song where the dark ambient takes its home. The cello is woven in there, but for the most part, the dark tunes shines in the spotlight.

Then comes along the H.E.R.R. version, and once again, I am falling in love with it. This mix tends to focus on the latter half of the original. I did have a bit of a problem with it, as at first, it didn't do much to really come up with something new, but in the second part of the song, in comes these awesome percussions, and with it a more harsh and almost military tune.

Raison D\'etre also makes an appearance, and they make the track extremely atmospheric, and much more dark. It's awesome how the song progresses from start to finish. It is very, very moody at first, and then in the final moments of the song, it quiets down, and let's the cello along with extremely faded choir notes take us away to eternal sunshine.

I think the next piece is one of my favorite out of the mixes, as it deadly focuses on the lyrical, well, humming of the original track. But this one was done by Inner Vision Laboratory. And being as the vocals were my favorite part of the original track, this one really pleased and seduced my ears. From what sounds like wind chimes being blown in the chilling breeze, to the mournful sounds, sometimes coming off a bit tribal towards the end with the deep drops, this is one of my more favored parts of the album.

As the final mix of Destin, Simon Kölle did not disappoint either. This version is more varied than the rest, and jumps around a lot. For the first two minutes, we are treated with minimalist sounds. Then we are transported into beautiful piano work accompanied by the vocals, and some background ambience. I love how that never leaves the song; it brings a certain level of discomfort, always letting you know that there's something gruesome lurking about. The rest of the song is something you'll need to discover for yourself, as it goes from corner to corner so much, it really is an experience you need to have on your own.

Finally, we come away from the many versions of Destin, and are transported to the next song, Autumn Sonata - Silanus In Quieto Hortulo. When translated from latin, and with a bit of hardboiled research, I came to discover that Silanus was a branch of a Roman family which consisted of three important brothers, each who came to a dreadful end (one being poisoned, another forced to commit suicide, and the third was accused of incest). Also, the latin translates to, "Silanus in a quiet garden".

However, historical facts aside, the song is still nice. It keeps up with the composition, and the cello makes way again for a tremendous and fascinating tune, with the keys being high pitched and creating a gothic appeal. It was shorter than the rest of the songs on the album, but still served up very nicely. And, finally, we have a remastered version of The Synopsis of Pressure. It's final offering leaves us with another dark ambient piece that left me blown away once more. It was purely awesome, and I absolutely adored it.

After sitting here for about two hours just writing this out, I can finally say that I loved this soundtrack. It was beautiful through and through. I would've wished to see more from INsCissorS rather than not, but this is still a lovely offering through and through. I can say that this is definitely an album that I'll be returning to a lot more often, as it leaves me with peace in my mind, and physically relaxes me. It's able to make me think, as it clears my head of all worries. It's a beautiful piece, and it comes close to perfection, and for that I can give it a 9.5 and rest easy.
# destin
# inscissors
# ambient
# soundtrack
# no-angels-productions
Jul 26 2013
Virgins O.R Pigeons back after six years
Previous article
NeuroRythm - 'Dissent'
Next article

BandCamp
Battle Scream - Seelenfeuer is available at POPONAUT from 13,45€

INsCissorS - 'Mnemosyne & The Structure of Time'

INsCissorS - 'The Circus Of Ichneumons'