Grumsling - Full Coverage/A Church, on a Boat, in the Sea 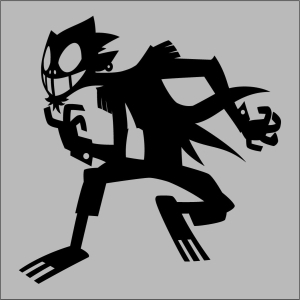 7.5
"Good"
Released off label 2015
Electrorock, Rock
Grumsling are so San Francisco it’s almost painful. For the UK/Eurozone readers who are unfamiliar with what “so San Francisco” means, let me explain: San Francisco is a place where individuality and hipsterish freak culture are dogmatically celebrated. Yes, that is as paradoxical as it sounds, but consequently the Bay area of Northern California comes up with a lot of new and different art and music. Technically from San Francisco’s close neighbor Oakland, Gumsling are characteristic to the Bay Area in that they defy characterizing. They are probably huge there.
Grumsling use the hot term “collective” to define their band structure, and their music is also a sort of loose, schizophrenic mélange of styles. That said, the concept and narrative of the band are very well-defined and concretely thought out. The permanent members of the band, Carl Flynn on guitar and vocals, D.J. Lowe on keyboards/synthesizers and vocals Matt Lowe on bass guitar and vocals and Dominic Rodriguez on drums and vocals created their namesake of the Grumsling as a sort of trickster-like character similar to Loki in Viking mythology.
The band released two EPs simultaneously in March, intended to be the beginning of this Grumsling character’s narrative. Full Coverage and A Church, On a Boat, In the Sea seem to be a collection of arbitrary sounds put together by this “collective,” but I suspect there is more to it than meets the eye, or ear, or both. There is a strong component of visual art to Grumsling in addition to their music. They’ve created a number of lyric videos which are graphic art films. They have also conscripted the help of comic book artist David LaFuente to flesh out the visual elements of the Grumsling’s character. With a graphic novel series possibly in the works, the band is definitely heading towards a multimedia project and not just a band. This, methinks, is where the “collective” idea comes in. The core musical members are only part of what will eventually make the Grumsling’s world come alive. 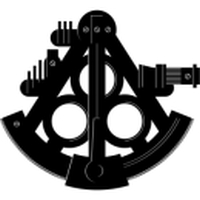 So what do Grumsling the band sound like? That’s almost as difficult to define as the details of the emerging multimedia blitz. The songs are very different from one another and there doesn’t seem to be a whole lot of musical continuity from EP to EP, but some base notes are there. The drums and bass generally lean towards fusion jazz or jazzy reggae, kind of like 311 or late Red Hot Chili Peppers. All the band’s members take turns on vocals, but there again is a sort of jazzy melodic thing happening in most of the songs.
Beyond these core structures there are lots of other elements: rap (not so great), shoegaze, alternative/grunge guitars, jazz, fusion, electronics and harmonics. The way each track is put together seems different from the last; and I think the composition process is probably very improvisational, but an arrangement skeleton of some sort has to have been put in place. Oh, to be a fly on the wall during Grumsling’s writing and recording process.
“Whiskey” is the lead track off of Full Coverage and is one of the more followable tracks in the Grumsling repertoire. The lyric video as well as the reggae undertrack are both reminiscent of some mid-tier Gorillaz stuff, with jangly synths and plucky, distant-sounding guitars (think “Dracula”). Story-wise this song may be meant to exemplify the sad yet bacchanalian part of the Grumsling, or any similar mythological characters for that matter: the love of partying, the hedonistic fun to be had eventually swirling into self-effacement and a nasty hangover. Poor Grumsling.


“The Game” from A Church, on a Boat, in the Sea is a better example of the schizophrenic style that can come out of Grumsling. Reminiscent of a Phish song in both guitars and composition, in the beginning “The Game” is quite jazzy, discordant and fun. By the end, however, it descends into a more 90s alternative feel, moving into grungy guitars, funk bass and more consistent minor keys rather suddenly. It ends sounding more like Alice In Chains than Phish. Weird right? I promise it works.
Believe it or not, by the end of each EP the music on Grumsling’s debut twins begins to sound a bit samey. “Lightning” on A Church, on a Boat, in the Sea makes up for it a bit with its passionate, Modest Mouse-y guitars and vocals and its unexpected vintage organs. The only problem is – remember when I said there was definitely a structure to the improvisational parts of Grumsling’s work? Sometimes that structure is followed so strictly that it lacks that feeling we look for in improv of freedom from structure. When things are so deliberately weird, sometimes even weird gets tiresome. It’s like a Beck song; enough with the cooky already, you know? Hence my “so San Francisco” label. This seems to be an element endemic in Bay area artistry. When does weird become the new normal?
Part-in-parcel, Grumsling are a good band with two very good debut EPs. I like the well-formed concept they’ve come up with, and I certainly like the idea of the modern trickster shadow god running around making people happy and sad, sexual and barren all at once. That scratches my Classical Studies itch right where I need it. All the members of the band are clearly talented, cerebral and open to new ideas, media and all forms of weird, even if it doesn’t always serve them. The philosophical “weird for the sake of weird” crisis I’m having with this group is really my own problem; stylistically and compositionally they are pretty on-point. They even used DAT tapes as their recording technique of choice.
What’s not to like? With the issue of Grumsling sounding a little redundant, I think they’ll work that out. They’re clearly open to anything and everything that strikes their fancy and I think whatever they release next will be totally different. Trickster spirits are fickle, after all, as is the Bay area artist mind. Overall, good on ya, Grumsling. I hope your namesake visits me in my dreams with a nice skin of wine.