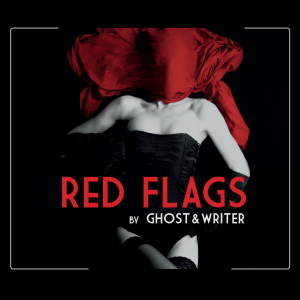 9.5
"Amazing"
N/A
Electroracle
Released 2013 by Metropolis Records
Electro, Industrial
The very sought after sequel to 2011s "Shipwrecks" launches this spring, and despite maybe being a little slower to catch on with the scene than I'd have expected, they're deft at ensuring that nothing gets lost in translation.

Whereas "Shipwrecks" was acted out and played through like a very captivating Film Noir, "Red Flags" seems to have more of a casual, 'poppy' feel to it - if anything it's more focused on the glamour of the 50s film industry (which the back cover of the release just reminds me of, rather happily), with a large nod to Witchcraft - Frank even dedicates the release to it.

The album opens with "Gambit" - a track familiar from the Dependent comp, although the version on there was an alternate mix, this original version of the track is more intricate. The intro has a gorgeous little eastern melody, leading into Frank's vocals.
Previously, "From Hell" opened up "Shipwrecks", and it was exceptionally dark and uneasy. "Gambit" is a stark contrast to that, being much closer to traditional, however it takes the first line of the release ("When one of us is cut, we both bleed") to hit home the fact that any changes in aesthetic are merely that.

Considering what "Gambit" refers to, using its origins as a Chess Term, the track is brilliantly named and thought out - the lyrical content reflects this expertly, and we're off to a sublime start.

"Hurricane" follows, and the track has an energetic, uplifting intro, introducing Frank's faster paced vocals, and Lederman's excellent instrumentation. This is exactly what I was hoping for - both music and voice have improved from an already fantastic debut, and their unique style has been found and conquered. It's a hugely bold move for a duo who have previously put out slower songs, but this is excellent, and again lives up to its title. The build up between bridge and chorus is a stand out for me, and as the track builds up to its apex, you can visualize the storm hitting. The track just ends immediately with no forewarning, leaving quite an impression.

"Shine" follows - an interesting track that isolates itself from frantic and powerful verses to a super melodic and catchy chorus - Frank goes from his famous half-spoken vocals, to his clean, strong voice, and Jean-Marc manages to match the music around it, fortifying the strength of creativity when the right people work together. Get this chorus out of your head - I dare you. Thinking about it, actually, the track could even be a last word to a celebrity now out of the limelight :

"A Dead Star is What you are, Pretend you still Shine, Crave for Affection and Time".

Not losing their edge at all with this release.

"Never Take Fire" was released as a limited single to accompany this release, and its one of the closest tracks to reflect the material on "Shipwrecks". The music on this is a firm favourite with me, and the unorthodox melody that links first verses into chorus is absolutely gorgeous.

"You keep Scratching the Faces of Coins you've collected, as part of your dream" - once again, making a point in one of the firmest ways possible, documenting a person's descent and the self-frustration that comes with it.


"Just The Same" starts off with a retro sounding intro, that reminds me of 8-bit meets Futurepop, and to me at least, seems to be about how everyone wants a piece of you, either to kiss, or to steal from, or to simply stalk. The chorus delivers a gentle jolt back to reality, and from a musical point of view, it's one of the more accessible tracks on the release.

"Beyond Repair" begins with a phone ringing endlessly, and an intro that has, among other things, hand claps. Immediately clear that this track is about serious self-destruction, we open with "Inhale the Dial Tone for Hours, because it sends a Message to your Heart" - a gorgeous line. The chorus is one of the saddest I know - it's a gorgeous, tangible, tragic song, but it is beautifully written and performed, and this is the kind of material that should be number 1, should be quoted and worshipped by impressionables - what more do you want from a song? To totally hammer home the harrowing message, this song ends with one simple line : "Your Family sends Quotes from Voltaire". Pretty stunned here.

Two tracks remain, as like "Shipwrecks" before it, the album has eight tracks, and then the same eight tracks remixed - as well as a super secret, eight extra tracks (to follow).

Number seven is "Demons Crawl", possibly documenting the fall into drugs and other vices - but written, in typical style, cryptically. Like many before it, it's interlaced between strong verse and catchy chorus, and it leads into the closer "(Do I Have) Your Word" which is the closest thing to a traditional Futurepop track the band have done, with an intro that could be Colony 5 or Cue to Recall - it reads as a plea "Save me from myself, hold me in your arms, keep your promise, tie me down" - effectively a final beg - Rehab has failed, you're my only hope. Great way to end the album proper.

I learned recently that this tracks are released in chronological order - "Gambit" being the first one written, and "Your Word" the most recent - so this album has a dual purpose - not only are we watching a play about the downfall of a long forgotten A-list star, but we are also watching Lederman and Spinath evolve their trade, and at times we can easily see this album, not just at its earliest, but at its most pivotal.

Akanoid take on "Gambit", giving it a slightly more Electro-Rock approach, and lifting the pace and beat of the track. It numbs the vocal melody somewhat, but replaces the punch it had with some great electronic beats - very danceable.

Splitter has a look at "Hurricane", and give it a haunting, ambient approach. I almost prefer this to the original, but I think it's because it's so different, and it's fascinating to see how one track can have two completely different faces.

Acretongue (one of my favourite artists and remixers) has a go at "Shine", and it's a beautiful remix. Haunting with Piano and Nico's unique atmospheres, it's kinda hard to really beat this.


In order to keep this shorter, I won't document them all, and I won't even talk about the AMAZING Black Album (only available to those who buy the CD), but it takes all eight tracks, and totally reworks them by the band, to make them hugely different, surprising, and with a big 'twist'.

Think grandiose, think flamboyant and you're 10% of the way there.
I'm so glad these guys are back!
# ghost-andamp-writer
# dependent
# metropolis-records
# frank-spinath
# jean-marc-lederman
Mar 18 2013
Princess O - 'Im Not N Object 4 U'
Previous article
The Strand - 'Combat Advantage'
Next article

We don't have any stores registered for this release. Click here to search on Google
Ghost & Writer - Red Flags is available at POPONAUT from 8,95€

Edge of Dawn - 'Anything That Gets You Through The Night'