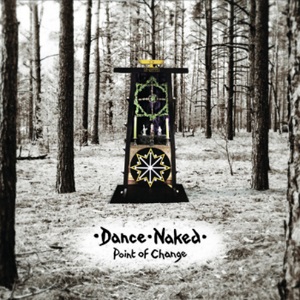 9.0
"Amazing"
N/A
Electroracle
Released 2014 by Aufnahme + Wiedergabe
Synth-punk, Goth
1986 seems forever and a day ago. I was a junior in high-school, Ronald Reagan was President of The United States, Margaret Thatcher was Prime Minister of the United Kingdom, The A-Team was a hit TV show in the US and The Adventures Of Sherlock Holmes was a hit in the UK. Others may remember Perestroika, Glasnost, Halley's Comet, The Iran Contra Affair, Mad Cow Disease, Mike Tyson and so on. New Model Army dazzled us with 'The Ghost Of Cain' and Discharge had us scratching our heads with 'Grave New World'. It was also the year that Alan Rider and Kleo Kay formed Dance Naked. Not long after the formation of Dance Naked the band played live and started writing material that ultimately became 'The Hidden God' and 'Colour Dance' cassette tapes in 1988 only to disband in 1990.

Some compilation tracks along with 'The Hidden God' and 'Colour Dance' tapes are all that exist from the band. The music of Dance Naked was not easy to find in any physical format. If you do find it, you better have money as they are highly sought after from collectors all over the globe. Interest in Dance Naked material never seemed to die. In 2014 the label, Aufnahme + Wiedergabe out of Berlin contacted Dance Naked to release a retrospective gatefold LP + CD titled 'Point Of Change', containing re-mastered tracks from the impossible to find cassette albums, coupled with previously unreleased studio demos and live tracks.

'Point Of Change' is available as an LP + CD for all vinyl lovers. This combo package is limited to 300 hand-number copies. The CD only package contains all of the tracks on the LP + CD version and is limited to 250 hand-numbered copies. Like everything with A+W, the packaging is top notch! Alan and company collaborated with Jack Duckworth from Soft Riot. Regarding the artwork and layout, Alan stated, "The idea was one of rebirth and seeing through the mundane, ordinary world to find something more magical and powerful inside". He goes on to say, "So when you open the cover you find you have walked through the doorway and the altar is depicted within. You have entered into a sacred space in the process and are in front of the altar. The doorway is a gateway to transformation, hence the choice to enter it and to cross its threshold is the 'Point of change' ,illustrating the title of the album itself. The portal is an actual gateway that was made for us (you can't just go out and buy these things!) to use in ritual drama performances, for various occult events. We made a large Dance Naked chaos star to set up behind the altar which we used for the photo sessions for the front sleeve and inner sleeve. This symbolizes the wheel of the year, and the eight pagan festivals of the year. The autumn leaves and the green leaves show the principle of the changing seasons and how one leads to the next". For LP + CD version, the CD fits nicely on the inside of the gatefold above the song titles to the disc. Also, on the bottom of the inside cover, lines from the track "Point Of Change" appear. "Arabesque of molten jet shivers into life. The burning figure moves, mirrored in the blazing light. Moves and breathes and lives. Ripples of its own existence echo in its stream." Again, another example of a significant event causing one to change the direction of his or her life. A rebirth or transformation- the point of change. The back cover contains several black and white photos of the band. Most of these photos have been unseen by most for decades. The LP tracks are listed in the middle along with a small place identifying the hand-numbered edition the consumer purchased. Of course as go to your turntable and pull out the slab of wax, you are in awe of white vinyl! A truly nice touch to an already stellar looking product! Oh, and did I mention that Martin Bowes is responsible for the excellent mastering?

Outside of the track "Bronze Contempt" and a few others, I was pretty unfamiliar with the overall sound and approach of Dance Naked. They display a very diverse and intelligent DIY approach that weaves together elements of goth rock, punk rock and some minimal wave. For those who seek points of reference for the sound of Dance Naked, take notice of some of the earlier works of Bauhaus ('In The Flat Field' and 'The Sky's Gone Out'). Tracks like "The Spy In The Cab" and "In The Flat Field" come to mind. Try to imagine Bauhaus replacing Daniel Ash's guitars for synthesizers.

Up next is "Jezebel". It explores the nature of sex and misogyny in all religions. It's a slower song with a heavy dose of keyboards where the vocals really dominate the track. Roger's lyrics really seem to follow a pattern of cabalistic and biblical influence. "Legion" confronts the hypocrisy of the priesthood and the way he feels they exploited the masses' beliefs to give themselves power. Whose god is the true god? The dark and sinister subject matter of "Legion" fits nicely into sound. The tempo picks and the vocals do their best to mesmerize the listener. Another strong track that reveals its older, rawer and more sinister counterpart on the CD.

"Mark Upon The Brow" and "Az" are similar in style. Slower and more sombre in nature. Both tracks display another side to Dance Naked's sound. The first 20 seconds or so of "Az" slightly reminded me of 23 Skidoo's "Kundalini" (maybe because I listening to 23 Skidoo earlier in the day) with the electronic drum beats at the beginning of the song. The vocals on "Mark Upon The Brow" display a powerful connection with music and the message.

It's time for two more killer blasts of darkness to ascend from the milky white vinyl through the speakers. The tracks "Dance Naked" and "Thrust! (Excelsior)" kick off the B side to the LP. Like most of the output from Dance Naked, the vocals really take center stage to the aural experience. These two tracks feature Alex Novak on vocals. On the track titled "Dance Naked", the voice continues to dominate, while Alan, Kleo and company raise the levels with their nifty bass play and the adroit nature of the swirling synths. The lyrics uncover the meaning behind the moniker. "Dance Naked" is a metaphor for free expression and to be free from the constraints that are imposed by others. "Thrust! (Excelsior)" is very memorable with its chorus and various tempo changes. The feeling from the energy the songs create really remind me of all the dark basement bars where the DJs take part in another transformation, bringing the darkness alive with their meticulous song selection, lack of lighting and the obligatory fog machines. Creating a place refuge to unwind from the daytime hours and give into the beat's embrace.

As you play "Point Of Change" you hear Kleo's voice reciting the words from the inside cover I mentioned earlier. There are some background vocals in the form of aaahhh aaaahhhs joined by a constant drum. The entire track has its influence in punk and is accented by its CRASS-like spoken word approach. A nice touch to change up the feel.

"The Dream Goes On" was originally released on the cassette compilation 'Partners In Music European Compilation' on the Stella Mars Product label from 1989. Like most of Dance Naked's work, the music has a strong DIY punk influence. The punk element stays so what hidden due to the keyboards drawing your attention away. The male and female dual vocals reveals another aspect of creativity on display with 'Point Of Change'. This is definitely one of my favorite songs on the album.

"Venus In Furs" has been covered and sampled a million times from The Melvins to label mates Black Egg. It's such a cool song to rework and make even freakier than its original form. Judge for yourself! I like it!

As I mentioned earlier, the CD contains all the LP tracks as well some bonus material. You get demo versions of "Bronze Contempt" and "Legion" as well as some more studio tracks like "New Jerusalem" and "Eyes Of Flame" that revisit the very sombre moods we heard on "Mark Upon The Brow" and "Az" and a live track "Judas" that was recorded way back in July of 1986. The quality is quite good. Perhaps the future holds a studio version? I really identify with live versions much more if I was actually at the show. That's just me. "Aeva" brings back that duality of male and female vocals. This time Kleo's voice is more shouted rather than spoken word. The ritualistic and tribal feel of "Orgasmatron" is sure to bring a chill to your spine. All the bonus material is worthy of the release. Too many times bands over document themselves by including poor versions, whether live or studio for completeness on retrospective releases. Fortunately, that is not the case here.

Dance Naked play a brand of music that meshes the genres together into something powerful and cutting edge. This ability to tip toe in and out of many influences allows Dance Naked to appeal to a more diverse audience. Don't get caught up in points of reference for Dance Naked. Do they really sound like Death In June or Bauhaus? Are they punk? Are they new wave? The tracks are as relevant today as they were 20 + years ago. The funny thing about Dance Naked's work is that many of today's artists may actually have been influenced by them and their contemporaries.

Given the arcane and esoteric subject matter, it would have been great to dive deeper into the beliefs and practices that give life to the imagery of 'Point Of Change'. Unless you read an interview or speak to Dance Naked, it can difficult to truly grasp the message of the band. Years ago I purchased 'Songs For The Children Of Baphomet' by one of my favorite acts, The Royal Family And The Poor. The entire album was a tribute to magick. It was packed with information about every track. I liked the fact that I could satisfy my curiosity of the deeper meanings within the songs by reading along. The themes of 'Point Of Change' penetrate the occult, magick, Thelema, Paganism and self expression. These very themes are cascaded down through the minds of the artists into the imagery and into the music. To me this is extremely interesting. I guess a little more information would have really enhanced my experience with the music.

After all the time that has passed by since the original recordings were made, Dance Naked and Aufnahme + Wiedergabe made sure a quality product was created. Don't sleep too long on this release, they will be gone soon!

We did a very thorough interview with Alan Rider last month that goes into a lot of detail about Dance Naked and its members. You can check it out from the link below.

Aufnahme + Wiedergabe
Dance Naked - Point Of Change is available at POPONAUT from 14,95€