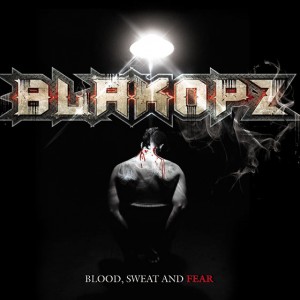 Spotify
Released 2012 by DWA
Harsh EBM, TBM
Album of the Year #25 2012
It's ok, I'd never really heard of DWA's latest sonic assault until this release either. I'd heard the murmurings, and knew of a demo track or two, but there was simply no other release.

This spicy duo hail from Arizona (and according to the FB page, Los Angeles, too) and despite sharing a name with one of the most infamous video games in history, I can assure you that there's far, far more on offer with this disc.
For example, you're less likely to get a red ring of death, and the rage factor is nulled - unless you hate Industrial, or listen to five seconds of this and write it off as a clone - which I can tell you, most assuredly, it isn't.

Before I begin the review proper, it's worth giving a final mention to Vendetta Music, who have the North American copy of this release on license - today, I won't be reviewing it as it has three remixes that I'm not able to hear, however the base album is the same, so consider this review sacrosanct to both releases.

"The Assignment" : - At just 51 seconds, this could be written off as the typical intro track in no time at all, but with closer examination, it really is something much higher than that. Starting off with a Helicopter circling, a heavy bang here and there; the track has a bass drone that builds up, and a computerized female voice introduces the album, informing the act of their 'mission' - nice touch.

Brainwashed : - The first proper track on the first proper release needs to be stellar, and within 30 seconds, it delivers - it's a powerful, hypnotically danceable beat, with a melody that draws as heavily from TBM as it does anything else. Alex's vocals fall between FGFC820 and Nitronoise, and to be painfully honest, this could compete with the latter.

"Hunted" : - One of the two tracks I was aware of prior to this release, "Hunted" builds up, and the previous narrator from the intro issues a stark warning to the prey - the track is all about being sought out and captured (as if the title didn't tell you that) - and once again, the track is extremely potent in delivery. The main synth melody in the track, once again gives us something to walk away from in merriment - it's easy to remember how it sounds and it's not clichéd, recycled or any of that nonsense.

For me, "Pretty Lies" is one of the most accessible numbers here. It's similar to Modulate's "Faktory" and Nitronoise's "Armies In The Fire" with the repeated synth line that builds up repeatedly. At risk of speaking too soon; colour this reviewer impressed. Three out of three, and there's little to bitch or moan about.

I wasn't intending on doing a track by track, but it's fair to mention "Who Drugged Me?" : - firstly for the appearance of 'Mighty Mike Saga', perhaps best known for his work in the Philadelphia scene, but secondly for its change of pace and curious segregation. It has some excellent sonar effects going on in the background, and the idea of being drugged is reflected (albeit subtly) with the pronounced layering and interactions between synth and effect. Hell, I've just had the one cider and this stuff is slaying like Buffy at the wrong time of the month.

Next up is "Domino (One By One)": - Hands down, for me, THE track of the release. Superb bass, the first sample on the album (explaining the Domino Effect), great lyrics, and importantly the best melody on the release. Absolutely unmissable, and if there was a song that made a band, then this is it.

After such a track it's so difficult to peak, and "It's Not Human v2.0" and"BlakOUt" give it a damned good shot, but when you've just listened to the aural equivalent of a guy being shot in the centre of the forehead from a mile away through the eye of a needle, you're just gonna clap and shrug, really. Importantly, the quality hasn't dropped, and they may have placed their ace of spades at the centre of the pack, conventionally gimping the rest of the album, but conventional isn't a word we use in the Industrial scene anymore. Does it suffer for it? Fuck, No.

"United" features Rexx Arkana of FGFC820 fame, rendering this a track to appeal to many fence-sitters. Rexx saw a similarity to himself in this act, and the unison is truly made in heaven. File this one under 'political', 'dancefloor' and 'trendsetting'.

The remaining three tracks never really grew on me as easily as the first nine did, but a lot of that is due to self-resignation - I didn't expect anything to surpass the first three quarters, so I didn't look for it. Don't make the same mistake. 'Hell Inside' has a different feel to it and reminds me in various ways of Panzer AG's "Machine Gun Go-Go" - fast, frantic and a killer synth/bass combo.


"March of the Unknown" :- Slower start to it, this number has discipline and pulse to it. Like 'Hell Inside' before it has strong, remorseful samples documenting violence, revenge and war. Possibly the second best track on here, this has a seriously strong middle section, and my ears almost wax-gasmed at one point. Delicious.

"Injustice For All" marks the final original track on here, and the cunning name further reinforces the roots and politics of this duo. It starts with a bass drop before ANYTHING else, a sample urging the public to stand up and count (Making this the third release this year - yet it still isn't wearing thin). It's the track that comes closest to Trance at it's rawest, yet it retains the brutality that only an officer with an ego could possibly deliver.

It has to be said, this album is astonishing. At it's finest, it's inspired, overwhelming, extremely danceable and political. At it's weakest, it's starved in places (there's a few areas where I can't make out the lyrics too well, and it comes close to being over-produced - you won't notice this unless your headphones are bass-heavy and expensive). It took me several listens to fall into, which is rare these days, and if i'd have written this sooner, I'd have been concerned. Take heed, readers - give it love, sit down and water it for a while.

On the remix side of things, Studio-X take on "Brainwashed" - the expected Hardstyle mentality is met, and in typical S-X fashion, the track is pretty much re-written. No-one does dancefloor like S-X do, and this remix will either wear your boots into a pulp or sever your neck, depending on how you do it.

"BlakOUt" is done by Die Sektor - if anyone truly 'remixes' a song it's these guys, or Dym. In form typical of Scott Denman and co., this is dragged kicking and screaming through boot camp, and re-emerges with a gold tooth and shiny new rifle.

Colombian act Terrorkode tear apart "Injustice For All", and for the first time on an album, I wish there were more remixes. This one is my favourite of the three, but it's like choosing from caviar. Koltron's production adds a sheen to this album that magnifies the intensity of everyhing that's going on, the theme and concept makes for a million analogies and transcriptions, and crucially, every track on here would make me freak out the dancefloor with my unique style - I can only really describe it as the Michelin Man having a convulsion while being vomited on. I'm not suited for this scene, really, but it's albums like this that make me want to make a rare public appearance.

If we go back to the intro, it's safe to say that the Mission is accomplished - with flying colours, none the less.

We don't have any stores registered for this release. Click here to search on Google
BlakOPz - As Nations Decay is available at POPONAUT from 15,95€