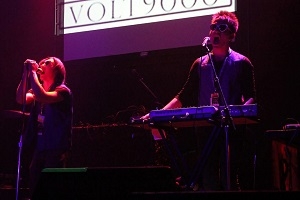 # volt-9000
# timeshift
# electro-industrial
# artoffact-records
May 28 2015
Volt 9000 - 'Timeshift'
Previous article
Interview with She's Got Claws
Next article
We entered the scene with a goal - to inject a heavy dose of much needed glamour and theater to a scene that seemed to be sorely lacking in the performance department, without compromising the quality of the music.
Surgyn, Jul 24 2013

Midnattsol - Nordlys is available at POPONAUT from 10,95€