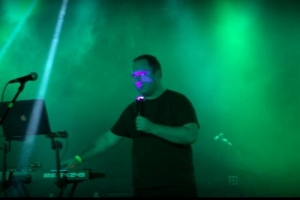 Freakangel - 'The Ones To Fall'

Slow Wave Sleep - 'Beneath The Stitches'

Tri-State - 'Light The Khaos Within'

Various Artists - Minimal Baby Vol. 11 is available at POPONAUT from 10,95€